Driving into Westside Sporting Grounds in Katy, TX you see the big white tent, reminiscent of a big circus tent with decorated tables covered with linen tablecloths, sponsor banners everywhere and of course the flags of our great nation and even greater state of Texas!  A big blue Texas sky welcomed everyone much to the relief of Lauren Byars and her capable crew of volunteers.  I have heard that Mother Nature hasn’t always cooperated in past years.

First bit of advice at an Oilfield shoot - come hungry.  Axis Oilfield Rentals (Dustin “Bigfoot” Labat) started off the event with Friday lunch.  The Crawfish etouffee was supreme!  After lunch, Stephanie Thomas – a rookie oilfield vendor - from Muller Chokes said, “I should probably pace myself”.  Patterson Services has done the Friday night Fish Fry for many, many years at H.O.I.S.T. and this year they didn’t disappoint!  Fried catfish, baked beans, chicken wings and spicy Louisiana coleslaw…it didn’t take long for the line to form and the food to be gone. 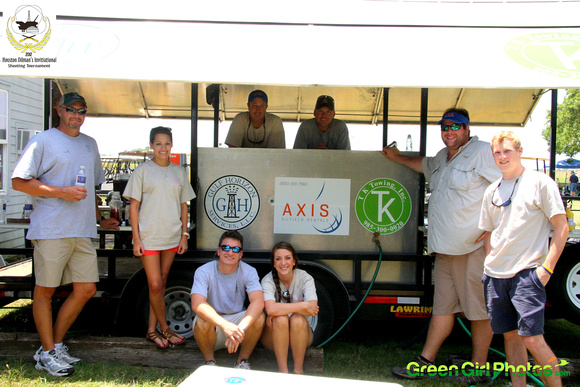 Saturday morning, Aramark hosted breakfast with a made-to-order omelet bar, cream cheese pastries and breakfast burritos.  I talked with several disappointed people who had eaten at their hotels…back to my advice – come hungry.  Lunch was already cooking with the C&G Boats and Linear Controls crews.  A whole roasted pig on a spit had been cooking since 5:45 AM and there was boiled shrimp and corn on the cob.  I was told afterwards that they cooked and served every bit of food they brought…even the extra stuff…the cupboards were bare. 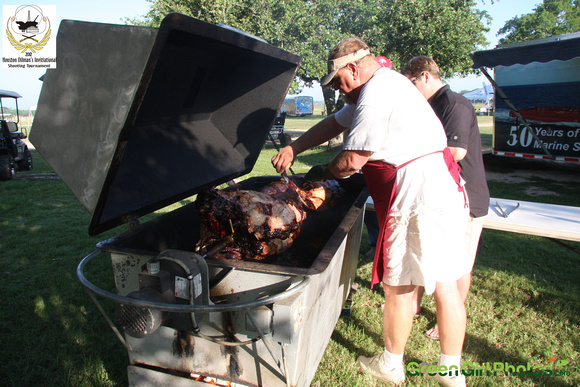 Of course if you needed an afternoon snack you could cool off a bit with some ice cream provided by Precision Directional Drilling.

And there was shooting too.  Friday was open to shoot the courses for practice and lots of games – long bird, wind chime and the two-man flurry were busy all day.  The golf cart winner is drawn from the long bird shooters so there is always a steady stream of people waiting to shoot, and re-shoot.  The Friday golf cart is an EZGO donated by Offshore Energy Service with the trailer from Frank’s International and the Saturday cart drawing is a 4-seat Polaris Ranger donated by H.O.I.S.T. and trailer from Frank’s International!  Congrats to Dustin “Bigfoot” Labat with Axis Oilfield rentals on winning the Friday night cart and Saturday night winner Brad James with Hercules Offshore.

2012 marks the 16th year for H.O.I.S.T. (Houston Oilman’s Invitational Sporting Clays Tournament) and they again were sold out with 90 teams of 5 shooters.  H.O.I.S.T. makes their largest donation to the Children’s Assessment Center of Houston with $75,000, with this year’s donation totaling $795,000 cash donations since the start.  They also give $20,000 to Charlie Wilson and the Texas Parks and Wildlife and $25,000 to The Wounded Warrior Project.

This year they had one extra special team - the Wounded Warriors Project Team and they had a bit of help getting prepared for their 100 bird rotation.  Each team member received a Beretta 391 engraved with “To our Heros” and “HOIST 2012”, donated by HOIST, with Randy Wright and his team from Able Ammo processing the paperwork; Joe Morales with Rhino Chokes provided a Skeet II choke tube and did a first time gun cleaning; Tim Holt with Audio Protection Company provided custom molded ear plugs, Briley donated a Briley Gun sleeve, Browning shooting glasses with multiple lenses and a shooting towel.  Hercules Offshore donated Bob Allen Custom shooting bags and Lonesome Charlie shell pouches and David Chandler with Oilfield Welding donated a case of 12 gauge Rio Shells for each shooter.  On the course, they had instruction from Master Class shooters Doug Kuykendall, Robert Hamilton, Billy Madden, David Chandler and Jim Ponder. 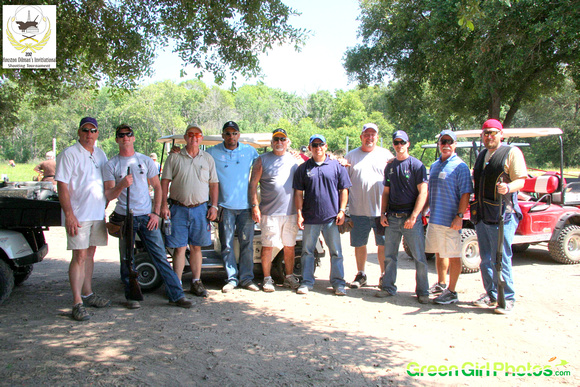 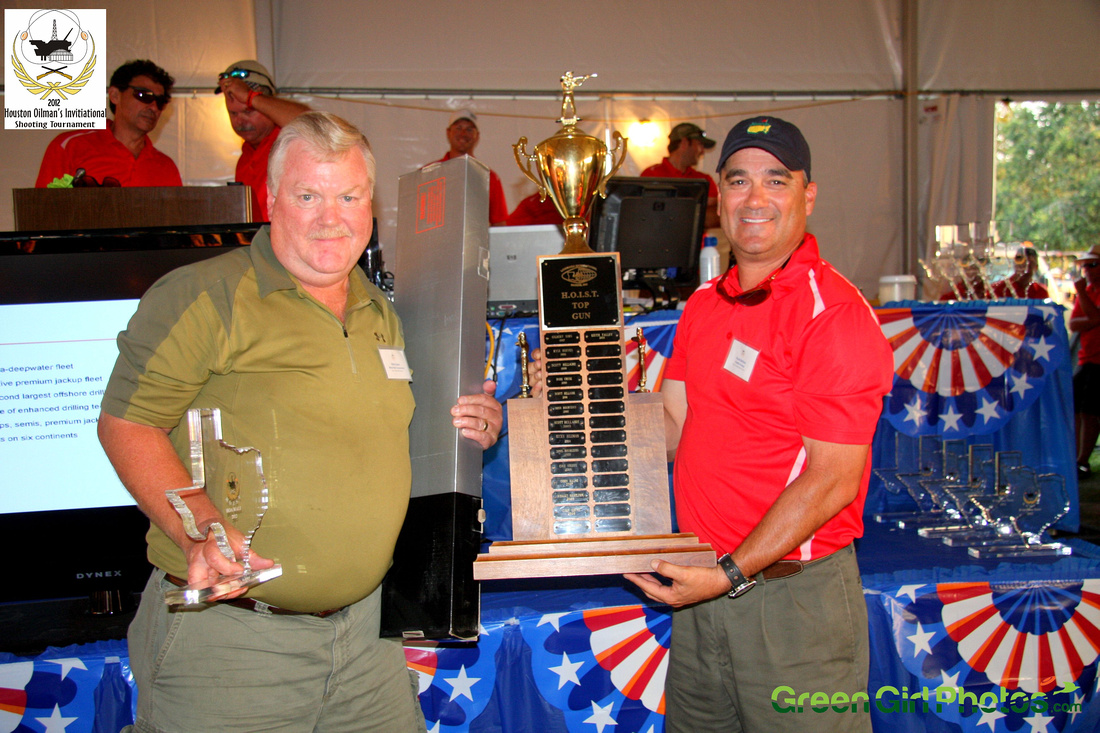 Saturday morning had shooters ready to roll by 8:30 AM with two courses full of shooters.  The format is 5 separate 5-stands with 10 true pairs per station for 100 total targets and 4 rotations.  In the past, the top-gun/Calcutta course was typically a bit tougher than the other but the instruction to the target setters this year was make them both as close to the same as possible.  Well they were definitely tougher!  The top score and only score in the 90’s was Master Class shooter, Eddie Speed.   Perennial favorites Cory Kruse, Cole and Rick Storey, Scott Bellaire, Robert Hamilton and Keith Talley were all in the mid-80’s. 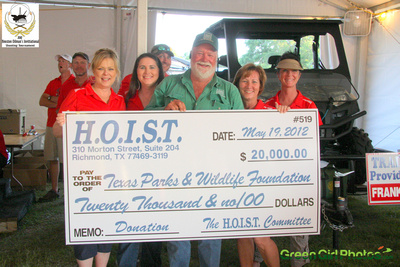 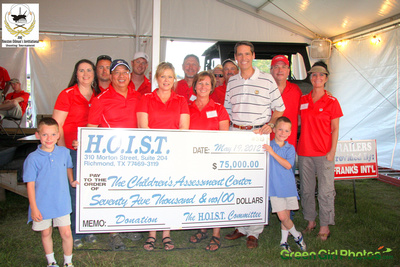 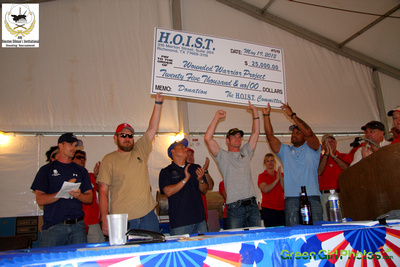 And to ensure that everyone left with a full tummy, Halliburton cooked steaks on Saturday night – a great way to end 2 days of competition.